Megan is working with the design team at Echelon as an intern during the summer season. She is enrolled with the Drexel University in Philadelphia where she studies Interior Design. 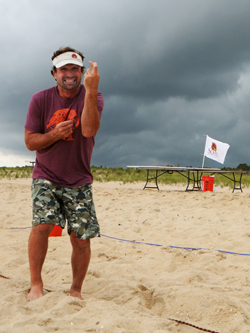 Hello all, my name is Megan Frohman. I am currently interning with the design team for Echelon Custom Homes and am having the time of my life.

I’m originally from Rehoboth Beach, yes there are actually people who live here year round. Growing up, with my mother being an elementary school art teacher and my father owning an art gallery, my life revolved around art. It goes without saying that my interest in visual arts has more or less been embedded in my genes. Though I began my college education at Delaware Technical Community College, I am now enrolled at Drexel University in Philadelphia. There, I am studying Interior Design in the urban setting I have always dreamed of, second to Manhattan of course. Learning about interior design in classes has been beneficial, however, the internship at Echelon has offered me the real world experience I was looking for.

I was lucky enough to intern with an extremely good-looking design team headed by Matty Adler, along with Ivana, Kim, and Justine. Matty is extraordinary at what he does. I am extremely fortunate to have him as my mentor. Someday, I can only hope to strive to accomplish all that he has. The girls are exceptionally smart, kind, and are great role models. I couldn’t imagine a better design team if I had hand picked them myself. The parent company, Schell Brothers, aims to please their employees in order to create a positive working environment for everyone. That’s exactly what they’ve done.

Most importantly, what I am truly grateful for is the respect I have been given. Going into this internship I was expecting to be running coffee errands, picking up dry cleaning, and if I was lucky enough, fluffing models. Since I’ve been here, I have visited ongoing and completed job sites, learned about materials, given reference catalogs for school, as well as sat in on client selections where I was able to voice my opinion. Even though I am only an intern and the youngest of the company, I am always included in the group making me always eager to come to work. I am eternally grateful for the opportunity I have been given. Interning at Echelon has been a dream. I am overjoyed to be here and look forward to finishing out my remaining term.